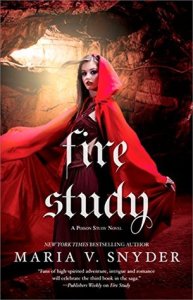 When word that Yelena is a Soulfinder – able to capture and release souls – spreads like wildfire, people grow uneasy. Already Yelena’s unusual abilities and past have set her apart. As the Council debates Yelena’s fate, she receives a disturbing message: a plot is rising against her homeland, led by a murderous sorcerer she has defeated before….

Honor sets Yelena on a path that will test the limits of her skills, and the hope of reuniting with her beloved spurs her onward. Her journey is fraught with allies, enemies, lovers and would-be assassins, each of questionable loyalty. Yelena will have but one chance to prove herself – and save the land she holds dear.

Fire Study started off very slowly for me, to the point that I had to drag myself to the page.
END_OF_DOCUMENT_TOKEN_TO_BE_REPLACED 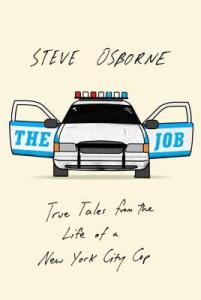 Steve Osborne has seen a thing or two in his twenty years in the NYPD—some harmless things, some definitely not. In “Stakeout,” Steve and his partner mistake a Manhattan dentist for an armed robbery suspect and reduce the man down to a puddle of snot and tears when questioning him. In “Mug Shot,” the mother of a suspected criminal makes a strange request and provides a sobering reminder of the humanity at stake in his profession. And in “Home,” the image of his family provides the adrenaline he needs to fight for his life when assaulted by two armed and violent crackheads. From his days as a rookie cop to the time spent patrolling in the Anti-Crime Unit—and his visceral, harrowing recollections of working during 9/11—Steve Osborne’s stories capture both the absurdity of police work and the bravery of those who do it. His stories will speak to those nostalgic for the New York City of the 1980s and ’90s, a bygone era of when the city was a crazier, more dangerous (and possibly more interesting) place.

Think of Steve Osborne as a regular at your neighborhood bar. Not a fancy place with strobes and a dance floor but a grimy hole in the wall with good beer, a decent pool table, and a temperamental jukebox.

After twenty years on “the job” he has a raft of stories that are funny, shocking, and tragic in turns. Each time you see him you ask for another. Today he leans back and says, “Did I tell you the one about the hotdogs?” END_OF_DOCUMENT_TOKEN_TO_BE_REPLACED 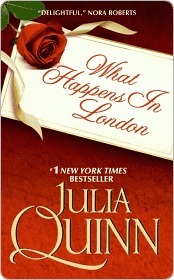 When Olivia Bevelstoke is told that her new neighbor may have killed his fiancée, she doesn’t believe it for a second, but, still, how can she help spying on him, just to be sure? So she stakes out a spot near her bedroom window, cleverly concealed by curtains, watches, and waits… and discovers a most intriguing man, who is definitely up to something.

Sir Harry Valentine works for the boring branch of the War Office, translating documents vital to national security. He’s not a spy, but he’s had all the training, and when a gorgeous blonde begins to watch him from her window, he is instantly suspicious. But just when he decides that she’s nothing more than an annoyingly nosy debutante, he discovers that she might be engaged to a foreign prince, who might be plotting against England. And when Harry is roped into spying on Olivia, he discovers that he might be falling for her himself…

This is the kind of book that right after you finish it you think, “How delightful! How wonderful!” It’s perfect for a rainy day or reading slump. When you go back to write a review a few days later, though, you find that much of it has flown from your head, and what was with that kidnapping, anyway? END_OF_DOCUMENT_TOKEN_TO_BE_REPLACED 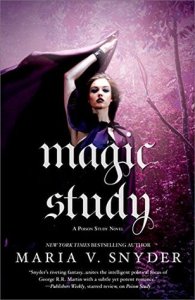 So far, I’ve managed to survive. You would think after being kidnapped as a child, imprisoned in my teens and released to become a poison taster, I would have endured enough. But no. The discovery of my magical abilities – powers forbidden in Ixia – has resulted in an execution order. My only chance is to flee to Sitia, my long-lost birthplace.

But Sitia is unfamiliar. I’m treated like an enemy – even by my own brother. Plus I can’t control my powers. I want to learn about my magic, but there isn’t time. A rogue magician has emerged and I’m targeted as his next victim.

Will my magical abilities save me…or be my downfall? 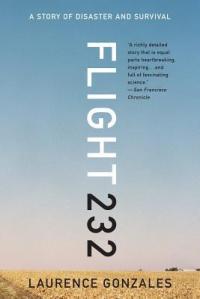 As hundreds of rescue workers waited on the ground, United Airlines Flight 232 wallowed drunkenly over the bluffs northwest of Sioux City. The plane slammed onto the runway and burst into a vast fireball. The rescuers didn’t move at first: nobody could possibly survive that crash. And then people began emerging from the summer corn that lined the runways. Miraculously, 184 of 296 passengers lived.

No one has ever attempted the complete reconstruction of a crash of this magnitude. Drawing on interviews with hundreds of survivors, crew, and airport and rescue personnel, Laurence Gonzales, a commercial pilot himself, captures, minute by minute, the harrowing journey of pilots flying a plane with no controls and flight attendants keeping their calm in the face of certain death. He plumbs the hearts and minds of passengers as they pray, bargain with God, plot their strategies for survival, and sacrifice themselves to save others. Ultimately he takes us, step by step, through the gripping scientific detective work in super-secret labs to dive into the heart of a flaw smaller than a grain of rice that shows what brought the aircraft down.

I feel like I’m becoming a connoisseur of disaster non-fiction. END_OF_DOCUMENT_TOKEN_TO_BE_REPLACED 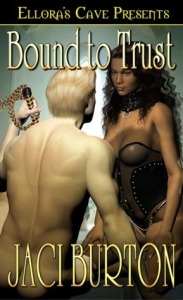 Kaden is a Dom and a native of Xarta. He’s also an Intergalactic Marshall, sworn to break up the slave trading ring. His job is to take Marina as his submissive and train her while they’re working undercover to expose the slavers and rescue the women.Reluctantly, Marina agrees to act as a submissive, vowing to both herself and to Kaden that her relationship with him is nothing but an act. Until Kaden shows her a side of life that calls to her in ways she didn’t expect. 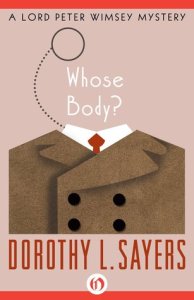 Lord Peter Wimsey spends his days tracking down rare books, and his nights hunting killers. Though the Great War has left his nerves frayed with shellshock, Wimsey continues to be London’s greatest sleuth—and he’s about to encounter his oddest case yet.

A strange corpse has appeared in a suburban architect’s bathroom, stark naked save for an incongruous pince-nez. When Wimsey arrives on the scene, he is confronted with a once-in-a-lifetime puzzle. The police suspect that the bathtub’s owner is the murderer, but Wimsey’s investigation quickly reveals that the case is much stranger than anyone could have predicted.

I knew I would love Sayers as soon as I read the dedication:

Dear Jim: This book is your fault.

Then add in the awesome Lord Peter Wimsey, about whom everything has already been said by people more eloquent than I, and I was in love. END_OF_DOCUMENT_TOKEN_TO_BE_REPLACED 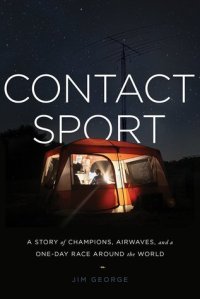 In the woods of Massachusetts, pairs of contestants huddle in tents filled with communications equipment. Their voices soar through the air, riding waves into the atmosphere, as they comb through static and noise for a response from the other side of the world. They’re searching for loot—in the form of other voices in the sky. The rarer their contact, the more valuable their treasure.

Joining them in their quest is author J. K. George, an experienced radio operator himself, who guides the reader through the exciting world of amateur radio competition and the intriguing characters of the 2014 World Radiosport Team Championship. The competitors hail from across the planet—from youthful challengers to veterans with decades of radiosporting experience.

They battle computer malfunctions, getting lost, and staying at the top of their game for 24 hours in a hot, stuffy tent. The final scores bring surprises, disappointments, even a recount, and decades-long friendships will be damaged in the fight for the crown of amateur radio—the ultimate “contact” sport.

I’m a sucker for championships. If you gather the world’s elite in almost anything I’ll tune in, from soccer and the Olympics to competitive crossword puzzle solving and Starcraft. I figure it gives each sport (define as you will) a fair shot – if I don’t like watching the best of the best it’s obviously not for me.

So I jumped on this book when I saw it – radiosport! Who knew there’s such a thing? And complete with a World Championship, where teams have 24 hours to contact as many people in as many different locations as possible via shortwave radio. To do so they set up low-power radio stations with standard equipment at assigned sites like a state forest, an abandoned mental hospital, or next to a military runway. Generators set up in the woods, what could go wrong?
END_OF_DOCUMENT_TOKEN_TO_BE_REPLACED